What are the requirements for the tapping hole when the converter is tapped?

The tapping port should always maintain a certain diameter, length and reasonable angle to maintain an appropriate tapping time and ensure that there is no residual molten steel in the converter. If the tapping hole is deformed, it will cause the molten steel to flow easily during tapping, a large amount of steel slag will flow into the ladle, and the tapping time will be prolonged. This will not only cause the phosphorus content of molten steel to increase, but also reduce the alloy absorption rate . The tapping time is too short, the added alloy is not fully melted, and the dispersion is not uniform, which affects the alloy absorption rate. Long tapping time will aggravate the secondary oxidation of molten steel, increase the burden of deoxidation, and have large thermal vibration fluctuations, and also affect the turnover rate of the converter.

In the process of repeated heating and cooling of the ladle, due to the inconsistency of the thermal expansion rate between the formed mafic composite low melting point product and the mafic ore, the magnesium oxide on the surface of the refractory material is broken, which in turn leads to the dissolution of the brick body. Foreign scholars also believe that increased iron content in steel slag is detrimental to the life of magnesia-carbon bricks. First, iron FeO accelerates the oxidation of carbon on the surface of magnesia-carbon bricks, and secondly, FeO will react with MgO to loosen the structure of the magnesia-carbon brick working surface. The joint action of the magnesia carbon bricks accelerates the erosion. 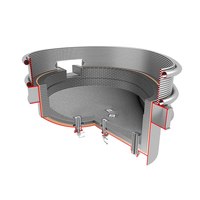 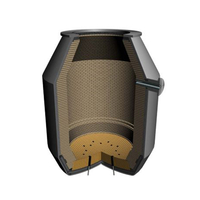 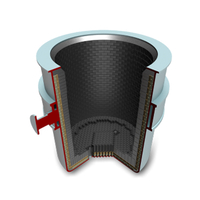 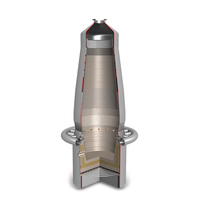